The President of the Republic, Nana Addo Dankwa Akufo-Addo, has commissioned the Bono Region Headquarters of the Fire Service, a newly constructed Maternity and Mental Block at the Sunyani Government Hospital, and the Administration Block for the 3rd Battalion Infantry Base in Sunyani.

As part of the President’s working visit to the Bono Region on Wednesday, 11th August 2021, his first port of call was the Bono Region Headquarters of the Fire Service, whose construction started in 1992, but was abandoned and left to the vagaries of the weather. Consequently, most of the columns and load bearing walls were gradually losing their structural integrity. 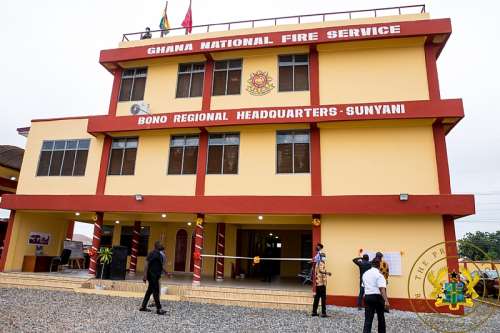 That is why wpon assumption of the Akufo-Addo government, an assessment carried out in July 2017, which indicated that, if works did not commence on the building, it might have to be pulled down.

Indeed, the non-existence of a Regional Headquarters in the Region was seriously hampering the work of the Command of the Fire Service, since it had to compete with Sunyani Municipal Fire Station for offices.

To this end, the Akufo-Addo government made available GH¢2,820,884.29 for the construction of the office complex, which was duly completed on 4th May 2021. Phase two of the project, which will include the construction of a maintenance workshop, accommodation for staff, and a canteen will commence soon. 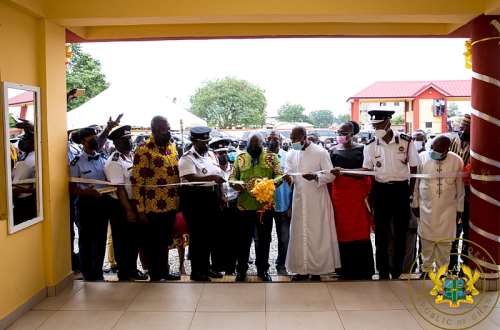 The President’s next port of call was to commission the new maternal and mental health block of the Sunyani Municipal Hospital. 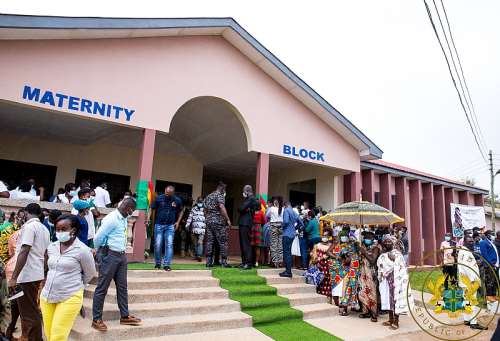 The Mental Health Clinic was also built to provide health services to reduce the risk of chronic diseases related to stress, anxiety and substance abuse in the municipality and in the region as a whole.

The implementation of this Contract has meant that the “Construction/Rehabilitation of selected Roads and Interchanges in Ghana – Phase 1 Lot 6 (Sunyani Inner City Roads)” is now in progress.

The cost of the construction of the roads is US$45,020,399.32), with the total length of roads to be covered totalling 39 kilometres, i.e., 29kms in Sunyani and 10kms in Berekum. The contract implementation period is two years, i.e. 24 calendar months, with the contractor expecting to complete the work by 21st June 2023. 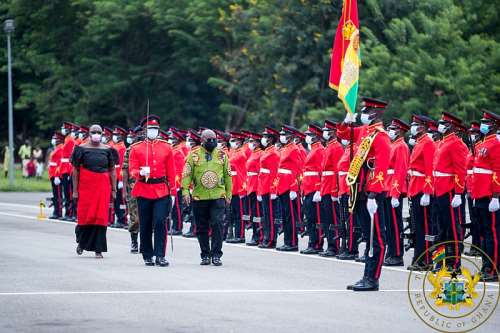 President Akufo-Addo also commissioned a new administration block for the 3rd Battalion Infantry Base in Sunyani. The building was constructed by the Middle Belt Development Authority, as part of the Infrastructure for Poverty Eradication Programme (US$1 million per constituency) project. 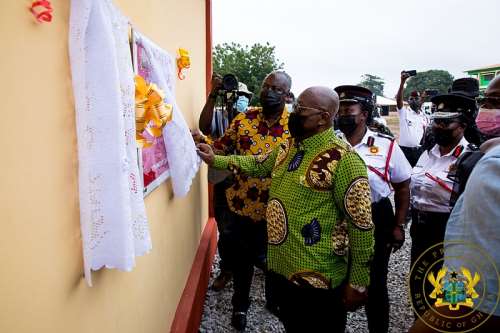 The President also inspected ongoing work on the construction of new staff quarters for officers, men and women of the battalion

Signs That You May Have Had COVID-19 .